Welcome to our new website!Click here to learn more about us.

In the fall of 1981, members of Lansdale Presbyterian Church began praying about the possibility of planting a new church in the Harleysville area that would proclaim Christ from the Scriptures and serve people in His Name.  By the spring of 1982, the Lord’s leading was evident, and plans began for a new congregation. Covenant held its first public worship service on September 12, 1982 in the multipurpose room of the Peter Becker Community in Harleysville.  The Rev. David Brewer was called as the organizing pastor, and Covenant became a particular congregation of the Presbyterian Church in America on April 24, 1983.

From its beginning, Covenant was characterized by the reverent worship of God, a strong commitment to the expository preaching and teaching of Scripture, warm fellowship, and a heart for the lost.  The congregation quickly grew and soon purchased a parcel of land on Rt. 113 as part of its long-term building vision.  In 1988, Pastor Brewer concluded his service in preparation for his next church-planting assignment, and following a two-year interim period, the Rev. Stephen Ford was called as Covenant’s second pastor on June 3, 1990.

The Lord continued to bless the church and its ministries, and as a result of an unexpected and generous offer on its original property, the church was able to purchase its current property on Rt. 63 and apply surplus funds toward the first phase of its building program.  Covenant held its first worship service in its new facility on July 27, 1997, giving great praise to God.

The church experienced a wonderful period of spiritual and physical growth in its new facility.  Many new ministries were started, and the congregation soon began to outgrow the initial phase of its building vision.  Additional classroom space was added in 2000, followed by additional sanctuary, narthex, and parking space in 2003.  Adjacent land was purchased in 2008 and 2011, and the picnic pavilion was completed in 2010.

To meet the need for additional staff during this period of growth, Covenant called and ordained the Rev. John Muhlfeld as an Assistant Pastor on June 11, 2000.  Following Pastor Ford’s retirement at the end of 2004, the congregation voted to call Dr. Muhlfeld as its next Senior Pastor as of January 1, 2005.  Since then, Covenant has enjoyed the gifts and contributions of a team of faithful staff, committed officers, and loving members.  The congregation has continued to grow in the grace and knowledge of Christ, greatly expanding its educational, fellowship, outreach, and service ministries.

In humble dependance on God, we anticipate a future of even greater fruitfulness by the Lord’s grace.  We long to see more people come to faith in the Savior and grow in Him, in turn reaching others with the good news of the gospel.  We invite you to be a part of what the Lord is doing in Harleysville for His glory! 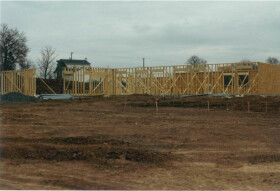 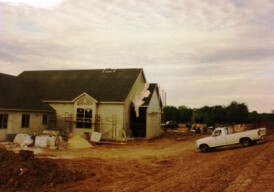 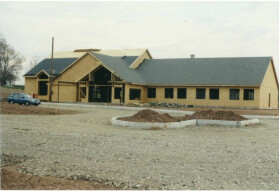